Marqués is a multimedia bilingual adaptation of Shakespeare’s Macbeth, set in the world of Mexico’s narcocartels and the US / Mexican war on drugs.

Marqués uses Macbeth as a means to illuminate the life and death struggle currently taking place in México. The waring narco-cartels have been responsible for the deaths of over 165,000 civilians since 2007: twice as many civilian deaths as in Iraq, and over four times as many civilians killed in Afghanistan over the same period of time. The intention behind the play, is to stimulate dialogue, dispel stereotypes, and to promote understanding of one the most significant crises to take place in the hemispheric Americas to date, as well as investigate what it means to digitize and adapt Shakespeare’s Macbeth into a contemporary Mexican context. Marqués will be directed by UCSC alumnus Erik Pearson. 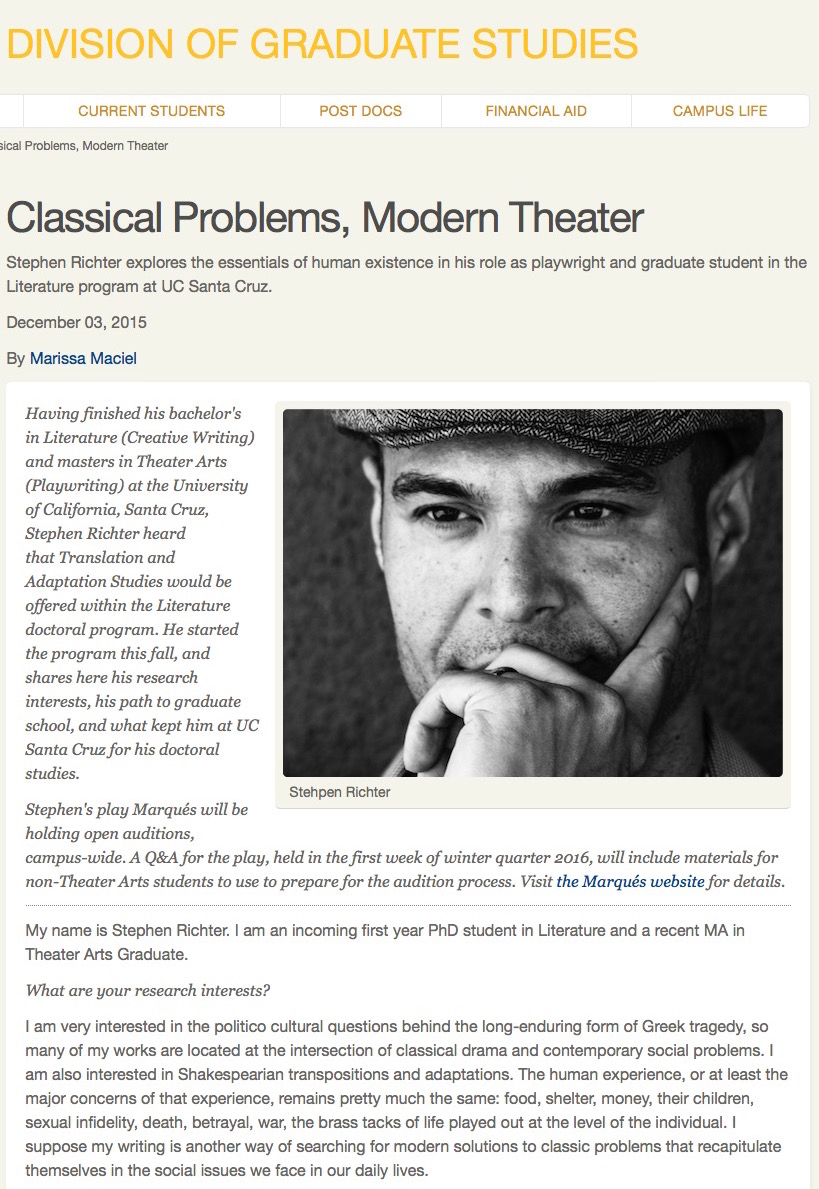 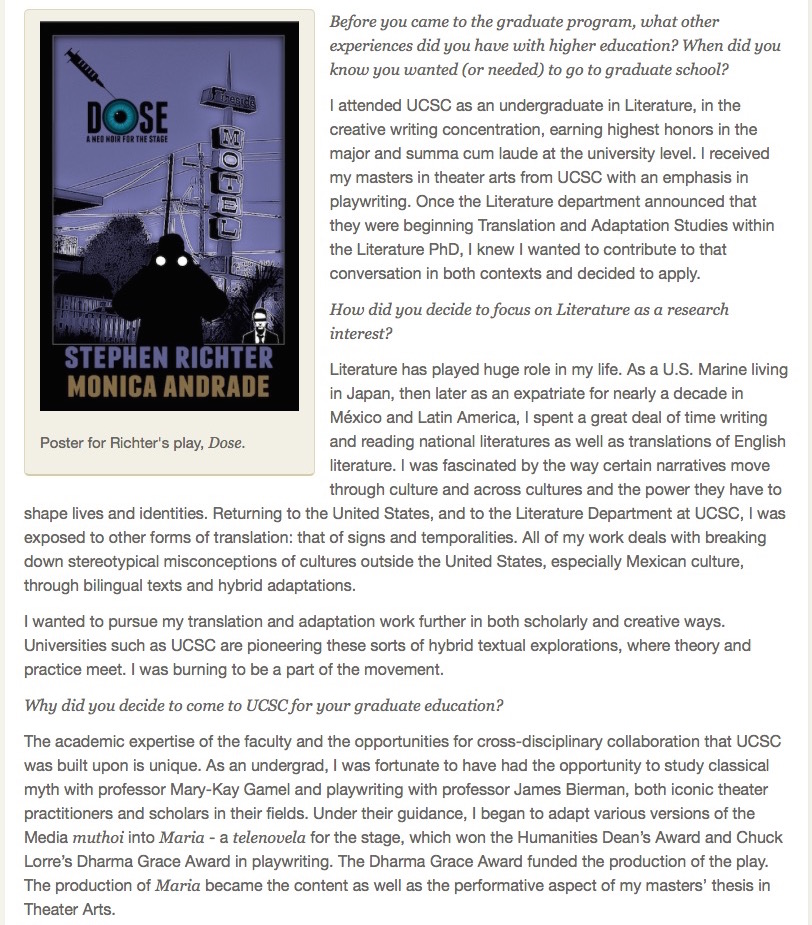 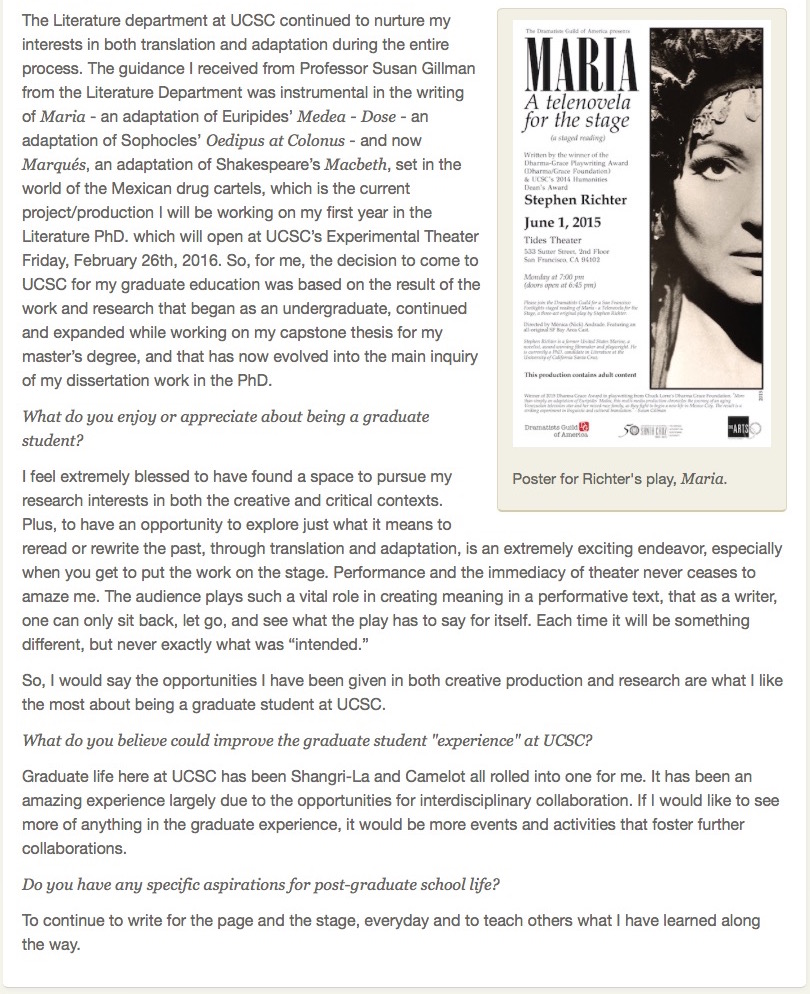